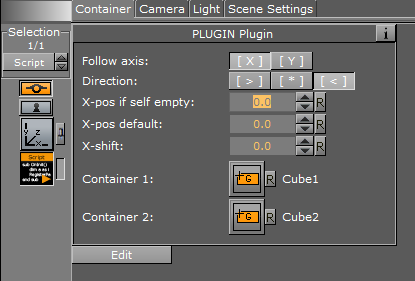 Follow axis defines which axis will be controlled in order to position this container.

Direction controls which align will be applied. By left edge, by the center, by right edge.

X-pos default or Y-pos default define the position of this container when target containers are gone. I mean, when the target has zero bounding box (disappear).

Container 1, Container 2, ... define observed target containers which will be followed by this container. You can change the count inside the script by changing the quantity_of_container variable at the beginning of the script.

If you have tried to use standard Autofollow plugin you already know its limits.

Compare standard and my Autofollow:

For changing the count of observing containers, overwrite this setting: 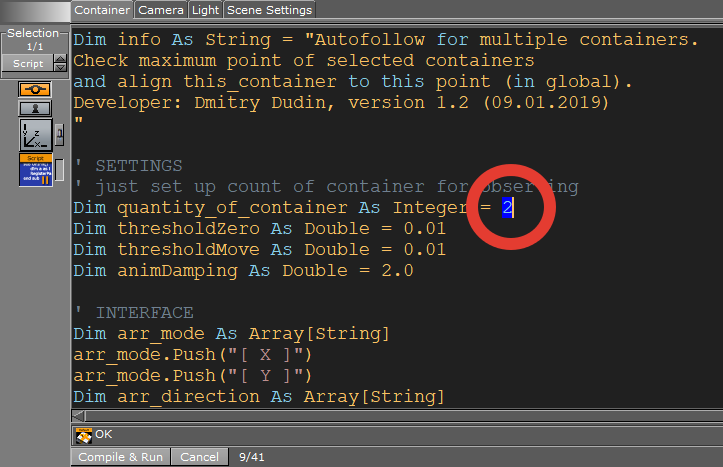